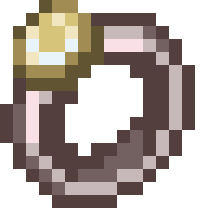 Swiftwolf's Rending Gale must be in the hotbar for the abilities to work, however the fuel source can be anywhere in a player's inventory.

Abilities can be activated independently of one another, and the ring changes color to identify which abilties are active. Blue indicates flying is active, red indicates the barrier is active, and purple indicates both are active. Though the ring requires fuel to function, activating the flying ability without fuel provides a split-second of flight, allowing you to glide long distances by pressing space repeatedly.

It appears that creating a map while using the fly ability of the ring will always create map_0, regardless of your location. This bug does NOT always occur when flying, and therefore is most likely unrelated to SWRG. The bug still exists in the Tekkit modpack, but could be unrelated to EE.